The highly expected not happening is also a Black Swan. *

Look into your own history –

betrayed by those you placed your faith in,

always living at the margins.

Yet nothing, yes nothing in your past

pointed to the unfurling of the present.

not parallel lines meeting in infinity.

You wander down lanes of lives never lived,

Is there free will? you ask as you sink

failing to swim against the tide; knowing

only dead fish swim with the stream.

to be evenly distributed; not knowing the odds

we take risks, act against the gods.

There is no way of knowing what we don’t know.

No way of protecting us against uncertainty,

success or failure being always retrospective.

Our limitations echo in memory

rearing up in dreams of the seemingly impossible,

our own lives, elegant black swans, in full flight….

Shanta Acharya was born and educated in India before studying at Oxford and Harvard.

The author of nine books, her latest poetry collection is Dreams That Spell The Light. Her poems, articles and reviews have appeared in major publications worldwide.

She is the founder director of Poetry in the House, Lauderdale House in London, where she has been hosting monthly poetry readings since 1996.

She has served on the board of trustees of the Poetry Society, The Poetry School and the Arvon Foundation.

In his book, The Black Swan, Nassim Nicholas Taleb refers to an event with rarity, extreme impact, and retrospective predictability as a Black Swan. According to him, “a small number of Black Swans explain almost everything in our world, from the success of ideas and religions, to the dynamics of historical events, to elements of our own personal lives.”

“Acharya possesses a naturalness and ease of voice that cloaks her sophistication, and in part the depth of her Foundation”

A World Elsewhere is an extraordinary evocation of Indian social life in the 1960s and 1970s. Set in the state of Orissa, the novel depicts the life of the Guru family, especially their daughter, Asha. Intelligent, curious and sensitive, Asha's happy childhood turns into a lonely and troubled adolescence as her future is mapped out by the social conventions of the day: she will be an educated wife, mother, and housekeeper, married to a man of her family's choosing.

Exploring notions of love and betrayal, innocence and experience, the choices people make and the role luck plays in life, A World Elsewhere is timeless.

I am not an academic

Not some Martian professor

or a dry scholar

Hell, nothing but a macadam of poetry

In a wager with Ghalib:

Get sober, you rake, are you?

Paymana in Urdu roughly means a glass of wine or liquor 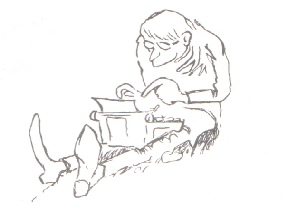 Imagine: New & Selected Poems brings together the finest work from Shanta Acharya’s five books of poetry with a generous selection of new verses. Her subtly layered poems, with deep roots in two cultures, explore and reflect on the human condition. They address consciousness and creativity, issues of self and of the ways in which identity is perceived, belonging and exile, love and betrayal, suffering and realization. Moving with ease from ancient Indian scriptures and history to sharply observed lyrics about nature, from the horror and injustice of war to the absurdity of life, Acharya’s work reveals the largesse of her vision. This selection is a sound introduction to an uncommon poet. 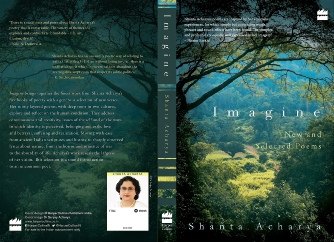