Old Auden's poem in the Underground
Reveals the Master's richest fruits.
How many, I wonder, have had the time
to ponder its eternal truths.
Too hassled for abstract thoughts sublime-
You may've noticed it's a difficult time-
Outstanding bills, weekend chores, rude faxes,
Holding down a decent job, and now higher taxes,
Domestic problems, errant  offspring.
Time doesn't heal a thing
It only says I told you so
Then, quietly, gets up to go.
Furrow-faced Master, you knew so well
Life's a cheat: only Time will tell.

from Lament of a Lost Hero

Reginald Massey has authored several works on South Asia. His books on the classical dance and music of the subcontinent are required reading for all those who study these subjects. He wrote and produced Bangladesh I Love You, a film which starred the boxing phenomenon Muhammad Ali.

Azaadi!, his collection of stories and histories concerned South Asia after 1947. His poetry collection Lament of a Lost Hero and Other Poems chronicles subcontinental society in the post independence period. His poemshave appeared in the following anthologies.

His latest books are   INDIA: Definitions and Clarifications (Hansib, London) and Shaheed  Bhagat Singh and the Forgotten Indian Martyrs (Abhinav, New Delhi). Among his earlier books was: All India (Quintet, London and Quarto, New York). Asian Dance in Britain (NRCD, University of Surrey) consisted of a selection of his researches and reviews. He contributed to The Encyclopedia of Dance and Ballet (Edited by Mary Clarke and David Vaughan. Putnams, New York).

Massey's obituaries of Indian and Pakistani dancers and musicians have been published in The Guardian over the years.

He holds a Masters in English Literature and in 2006 was Visiting Professor of Creative Writing at India's Himachal Pradesh University. Later he was Writer-in-Residence at the Union Bank of Switzerland's think tank at Wolfsberg Chateau, Switzerland. He writes for the Books and Authors section of DAWN, the leading national paper of Pakistan. In the United Kingdom he writes for The Times, The Guardian, The Daily Telegraph and The Independent  as well as Confluence and Asian Affairs. He is a senior dance critic for The Dancing Times.

Opinion about  INDIA: Definitions and Clarifications by Reginald Massey

Here is a comprehensive but absorbing account . Reginald Massey has managed to combine facts with the laudable idea of telling us  what is often ignored in the recently fashionable zealous enthusiasms of chauvinist historians. It is eminently readable and vastly informative... a fine sweep of such a long and complex history.

Review of Shaheed Bhagat Singh and the Forgotten Indian Martyrs

By bringing to life those Indian freedom fighters who deviated from the non-violent strategy of Mohandas Karamchand Gandhi and made a difference, Reginald Massey has filled the gap that has existed so far in the chronicle of the anti-imperialist history of the Indian subcontinent. - Dilip Hiro 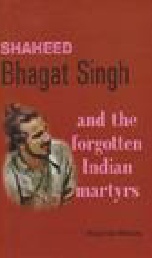 Any writing by Reginald Massey has always been required reading for me with his forceful point of views, substantiated by his trait of deeply researched and well argued details. As my poet friend Divya Mathur of Vatayan will put it, he is an exceptional writer you just cannot ignore. While Divya Mathur launched his new book, Shaheed Bhagat Singh and the Forgotten Indian Martyrs, under the Vatayan movement mentioned in our last issue, warm as he ever has been, I received his collection of poems, Lament of a Lost Hero, in the post. It was the most wonderful discovery of a part of Massey that I didn't know! So, in this issue I am absolutely delighted to celebrate the work of this remarkable writer, journalist, and poet. Please add to you list of required readings, his column at Confluence, UK.

Yours was a tour de force, my friend
When we met briskly once, and then
Here and there, both our lanes were apart
You always with an urgency of a blitz
An October storm with a rushing objective

And then all these decades late
The postman delivers your 'Lament of a Lost Hero'!
In fact, a heart sitting on a bench in a park, lonely
Pulling all posters down, robins singing,
Waiting for Godot!
A discovery I shall treasure......