Quantity we can assess.

Divide we will till every

We lose when microscope and

Telescope we only peer.

Reality to seek, we

One leg, hand raised, or lie on bed of

Far from what’s right or just or good or kind.

Truth:  really to seek, we

Want an eye alight, a mind

awake, a heart that’s warmed, with other

hearts in touch, a hand that works

injustices to move. So: healed.  So: whole.

Unlike many poets who are far better at their craft than I am, I cannot write poems to order.  Rather, my poems start with a phrase that strikes me or a rhythm which beats itself within me. Only occasionally, has a poem started as a sort of reflection on a theme or topic.

Though much of my poetry is in free verse, I know that even “free” verse must have a structure – however hidden or disguised. So, whenever readers see or hear or feel the structure of any poem of mine dissolving, they might want to alert themselves to think why structure has disappeared at that point. 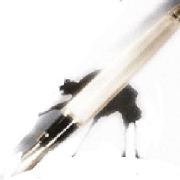 In ‘An Alien, I...’, he powerfully and succinctly makes his point about racism. His poems are often concise, sometimes complex and demanding, but always readable. A command of language is evident in phrases like: ‘masterly dastardly’, ‘humped my suitcase from his car’ and ‘An airplane winks its way across the stars’.

Guptara’s conversational style is best seen in dialogue poems like ‘U.S. Guest, Overnight’ and the occasional monologue, e.g. ‘On a Visit, near Lucknow’. The former ends with this American hotel conversation:

"Indian of course… if possible!" I said.

"My cousin comes in five minutes;
she knows all the best restaurants nearby!

In the meanwhile, Water?"

The words are casual, even banal, but the undercurrent is electric. It becomes a telling poem about an Indian’s ‘outsider’ perspective on a foreign land.

In poems like ‘Between Zurich and Goa, on 3 December 2006’ and ‘An Indian in Beatenberg, Switzerland’, he writes movingly of relationships and loss. In ‘"Twelve Dead," They Said’, Guptara draws on personal experience to castigate statisticians and, by extension, an uncaring world for ignoring the damage to the lives of survivors of disaster:

Twelve?
Fools!
What do they understand of death, these statisticians?

Not only those who were squashed under collapsing masonry or struck by shrapnel,
Parents and grandparents too died that day, and siblings and spouses and children.

Many ‘political’ poems touch on man-made issues of global warming and poverty, or the futility of war and violence. Here is Guptara’s adaptation of Austrian-Italian poet Umberto Saba’s ‘Pretesto’:

In the cage, even the two love birds that you'd think would nest peacefully.

Everywhere a cry of rage.

And there is plenty of food always left over, wasted!

Are there reasons for war?
Or pretexts?

It is time for Guptara to bring out another collection. I hope his choice as Word Masala’s Poet of the Month will throw a welcoming light on his poetry.

Prabhu’s first published poem was in The Illustrated Weekly of India, in the 1960s.  Since then, his poetry has appeared in Indian PEN, Journal of Indian Writing in English, Kunapipi, Masala, The Redbeck Anthology of British Asian Poetry, and so on. Two volumes of his own poems, Beginnings & Continuations, were published in the 1970s by Writers’ Workshop, Calcutta. He edited An Anthology of Contemporary Indian Religious Poetry in English, as well as Selected Poems of Leela Dharmaraj; and has been Chairman of the Association for the Teaching of Caribbean, African, and Asian Literatures; Literature Advisor to the South East Arts Association; Ethnic Arts Advisor, Greater London Council; Advisor, Television South; Organizer, Greater London Literature Competition, and a Member of the Panel of Judges of the Commonwealth Poetry Prize. 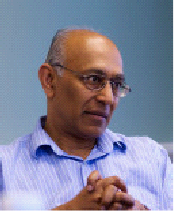